First off, I would highly recommend visiting the King-Kill 33' Myspace page, as they have done a great job of posting all the important information that you need to know about the band, including videos, interviews, pictures, etc. So I will just share some of my own personal tidbits about them and you can get the facts on your own time.

I knew King-Kill 33' through their "We Never Went To The Moon" single, which was a classic around my stereo in the early 90's, and one of my favorite songs of that time in Atlanta. Even though I never personally saw them play, their presence in the Atlanta experimental rock scene was definitely felt, and of course in later bands Pineal Ventana and Tenth To The Moon, both of which included King-Kill 33' members. As mentioned on their page, they came from the scene that included Dirt, Go-Devils, Magic Bone, Snatch and Bad Egg Salad, although musically and visually (especially through their multi-media performances), to me they stood apart from the others and brought a Chrome or a Von LMO type atmosphere to their sound and presentation. It was great that we had a band like King-Kill 33' in Atlanta at that time, keeping things weird yet unpretentious, and inspiring us to push boundaries ourselves.

Something I never noticed before on the 2nd single was that it was put out by Vinyl Communications, the Chula Vista label responsible for the launching of seminal bands such as Heroin, Tit Wrench, Cringer, etc. It is a great match for a band such as this, and really makes you think of what might have been for these guys. Thanks to Squidchip for the 1st 7" and thanks to King-Kill 33' for leading the way.

Here is the artwork for both singles: 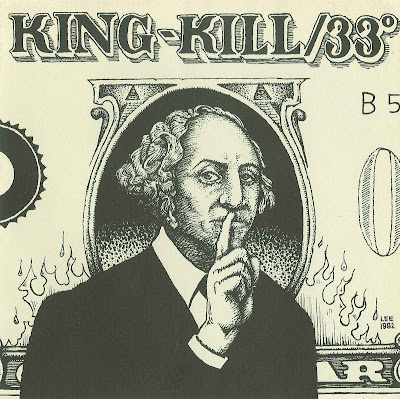 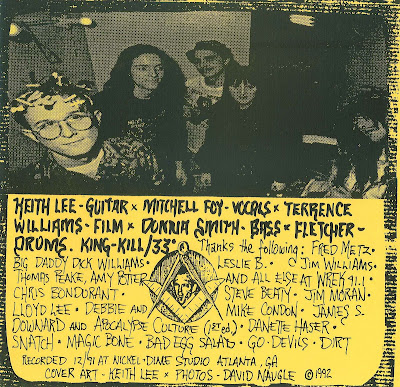 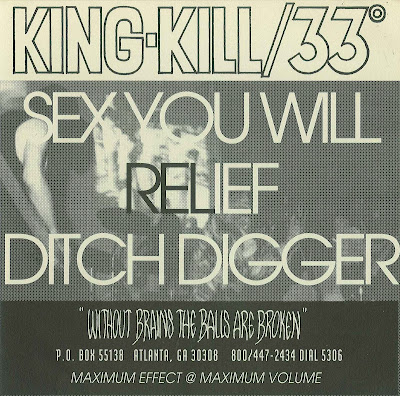 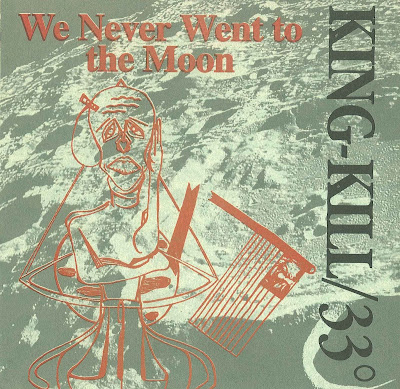 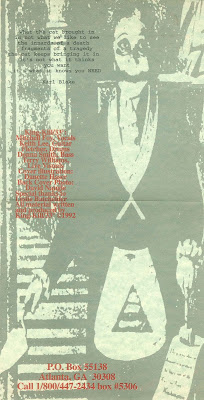 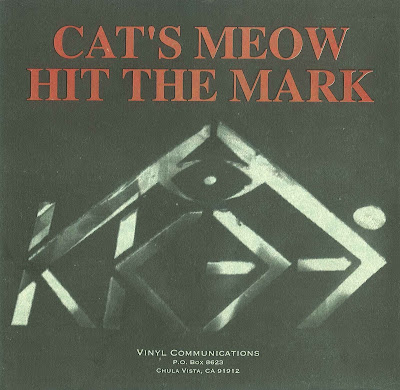