An Experiment in January - The Retconned Cover Band Live at the Drunken Unicorn - January 25, 2008 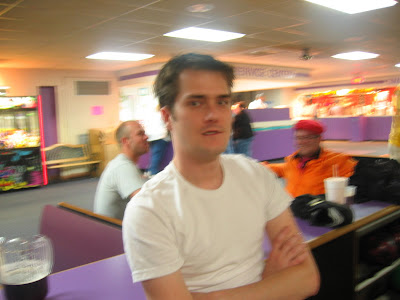 So this picture is 4 years old, but I don't have any live photos of the actual show on this post. This was something that started out as a kind of experiment - taking Retconned songs and transpose them to a Bass/Guitar/Drums rock format, with Josh Fauver on Guitar, Benjamin Lukens on Bass, and myself on the Drumset. So we practiced about 5 times and learned 6 songs, one being "Savior" by Inkwell, which was one of our favorite songs of theirs and had to be covered sooner or later. Everything came out really well, and we had a great time on this project. It makes me think that this might be an interesting way to write music (i.e. create the songs electronically using keyboards/sequencers/etc. and transfer them to rock band format for interesting results). The songs would never have been written or blocked out as the four of us starting on our live instruments, so it was great to have this experience. I hope we can do it again sometime.

Here is the set as a WinRAR file and as separate MP3 files for download: Retconned Cover Band - Live at the Drunken Unicorn January 25, 2008

It would also be interesting for you to listen to the original Retconned songs (available for download free at Retconned "Unhappenings" Album) and then listen to our live versions to see how we freely interpreted them.

31 January 2008 Update - Thanks for Fuckyouninja for taking some photos of the gig and posting them on Flickr. 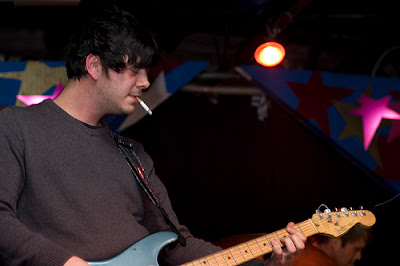 Josh Fauver on the recently working Strat - and my head. 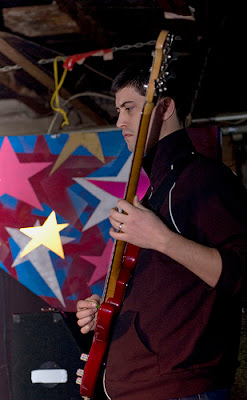 Benjamin keeping his cool while trying to remember the next part.
(just kidding - he actually held it down like a pro). 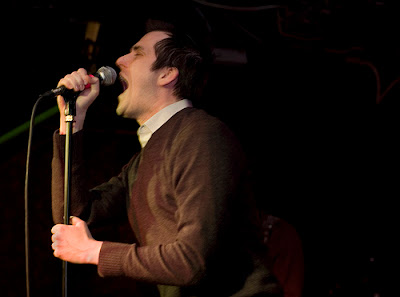 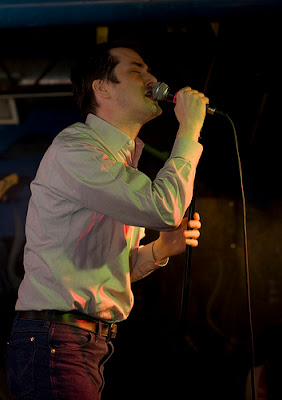 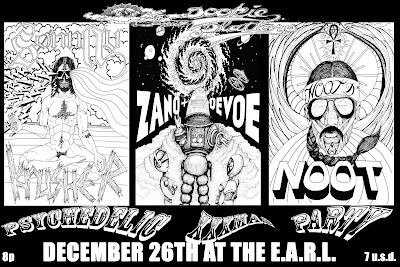 The Krusher played its 3rd show the other night at the EARL in Atlanta, and luckily for us (unlucky for you), the show was captured by soundman Kurt. This guy Tim in the audience told me that the set made him forget about the Civil War. Here is our set, broken into 2 tracks:

The first track is "Krusher Medley", which is actually a string of Snake Mountain Death Ride/High Holy Days/Long Arm of the Lamb/Angel Dust 500/The Widower, all together in one salvo. The second track is our cover of Evil by almost any artist out there, but we lean toward the version performed by Cactus in the early 70's. Enjoy. 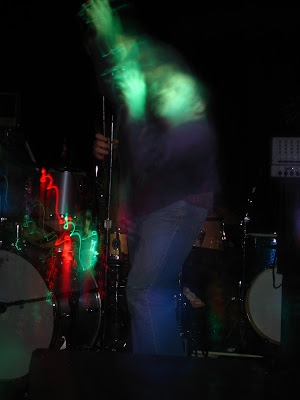 Matt Mauldin on the Vokills. 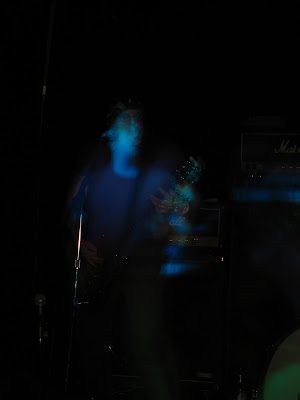 Gray Kiser on the electic fiddle. 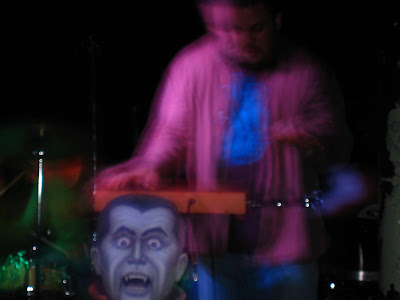 Matt Mauldin on the vampire.