Before there was Act of Faith aka Brad Post #8 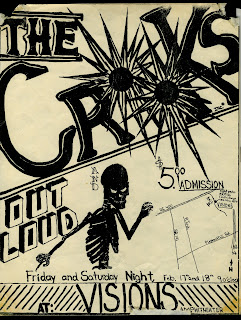 I was in a band called The Crooks when I was at Duluth High School in the late 1980’s. It was a really cool band but, as usual, it fizzled quickly. The band consisted of me on guitar, Derek Frost on vocals, Matt Majoili on bass and Rick Puig on drums. Derek drew all of our fliers.

We were taking Matt's vert ramp down in Norcross in the Summer of 1988. I knew three chords on a guitar and Rick had a drum set at his house down the street. I also had a bass and Matt started messing around with that. We would take the ramp down during the day (we were being careful so that we could rebuild it elsewhere) and we would play music in the evenings. We did that for about a month and then kind of forgot about it.

Derek was at some kind of out of state camp for the Governors Honors Art Program. When he got back I was telling him about the band. He was the one that got us playing again with him singing. Emmet Howle started coming around and began acting as our manager. He actually was pretty good at it. He started getting us shows at Visions and The Pit. We played with several local bands and even opened up for SNFU once. We probably played about 20-30 shows. 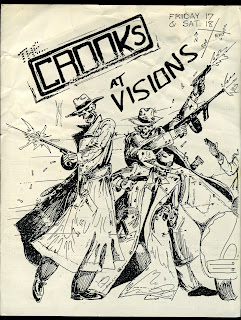 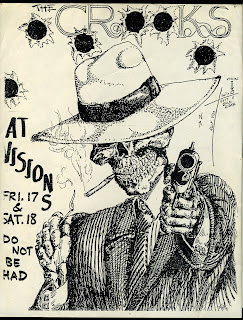 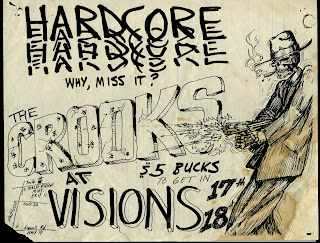 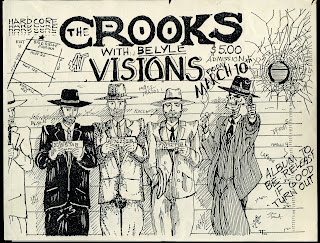 On Thursday, March 23, 1989 we drove to Athens and recorded six songs at Underground Sound. Check out the Crooks demo.

Derek called it quits the following spring in ‘89. We briefly had Chris Jennings singing for us (a metal dude from Norcross) but it didn’t work out. Rick later moved away and I went on to start Act of Faith. Derek drew early fliers for AOF, as well as the covers for our two tapes and the "Soul of One" 7". 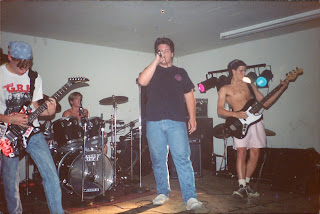 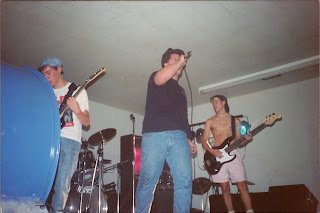 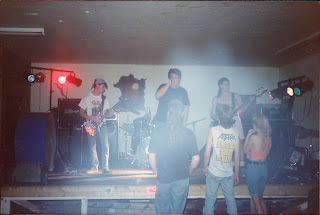 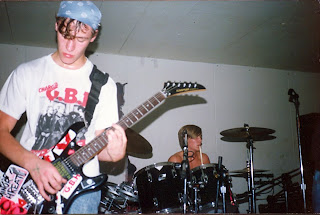 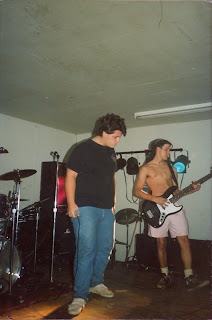 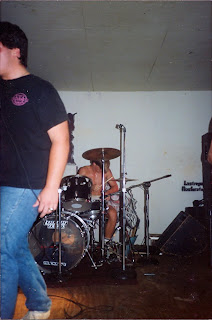 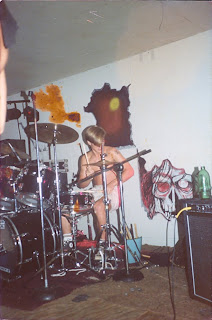 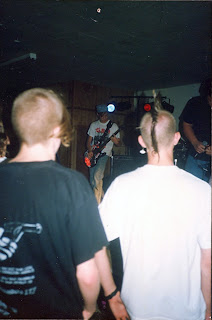 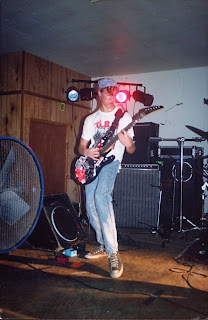 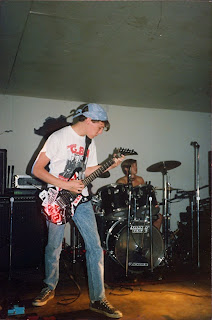 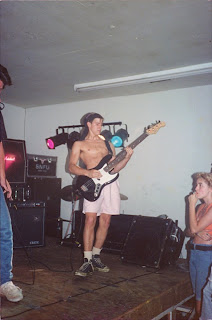 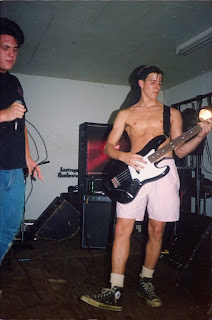 The Crooks opening for SNFU at The Pit; Spring of '89. Animosity was also on the bill.

Posted by MONKEYSATAN at 4:06 PM 3 comments:

June 16, 1996—a date that will live in infamy—the band known to us as Act of Faith played their final show. After playing together in one form or another for eight years straight they decided to call it quits and play their final gig on a Sunday afternoon at The Point (just as God would have wanted it).

Luckily, Chuck Petrakopoulos recorded it to DAT off the soundboard. There also is video of the show, which I hope to one day soon put on Youtube and post here. 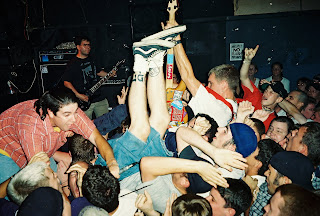 The unique thing about hardcore bands is that if you just listen to their live recordings you might think they sucked (what without seeing the stage antics and audience participation etc.). When you're jumping into the crowd you're sure to miss a note or two.

For the time being to illustrate my point, this is an earlier clip of the band playing their staple singalong, "Stepping Away", at The Wreck Room. The audience never could quite get the vocals down on that one…

The last show audio can be found here. Along with the usual song suspects you came to love from AOF, they also played "Candle In the Corner" (a Difference cover) and a new unreleased song called, "All Too Real". The final lineup featured on this recording is Rob Fuller on vocals, Ken Saluzzi and Carter Davis on guitar, Josh Terrell on bass and Jonathan Dixon on drums.

Also playing the show that day was Crisis Under Control and I'm sure at least one other band but can't remember who. If you played it, please let us here at Beyond Failure know and I'll add you.
All photos were taken by Elizabeth Brown/Beard. Elizabeth, with her trusty camera always in hand, was an integral part of the documentation of our scene. She recently has been taking all of her negatives to Walgreens and having them scanned to disk. She has been so kind to send these to me (which I cannot thank her enough for). Hopefully soon I will have a post dedicated entirely to the images that she captured of our bands. Just to warn you members out there from other bands, AOF was her favorite. They got more lens time with her but there still is a nice smattering of all parties involved. 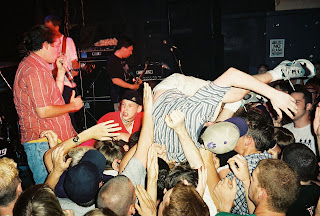 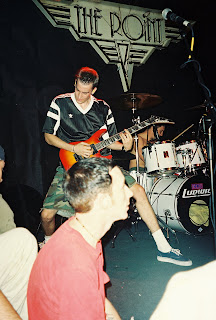 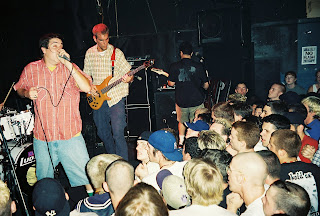 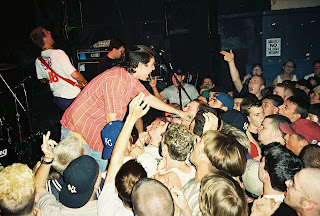 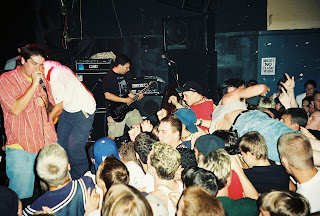 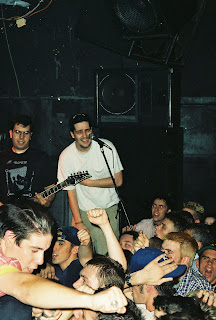 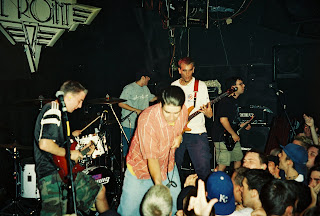 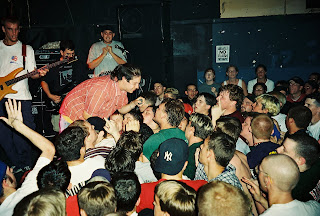 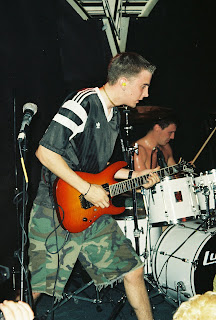 Classic Footage From Our Faves

Henry Owings has been posting some great things up on his YouTube channel, including some of the Atlanta bands I have written about on this blog. Please check out everything he has, as it is quite the treasure trove. Also, something nice about these clips is that they include multiple songs and give you a more realistic impression of the show - breaking guitar strings, people walking in front of the camera, awkward pauses between songs, everything. If anybody knows, I would love to find out what other bands played on these shows, or more information on the shows themselves.

Jerry Fuchs-era, what more can you say?

Dirt at The Point

Not sure of the date on this one, but great to see nonetheless. I love Greg Webb's multiple camera angles and video effects.

Great to see classic Dottie's in video form again, and great to see Slumberjack totally going for it.
Posted by James Joyce at 1:51 PM 3 comments: