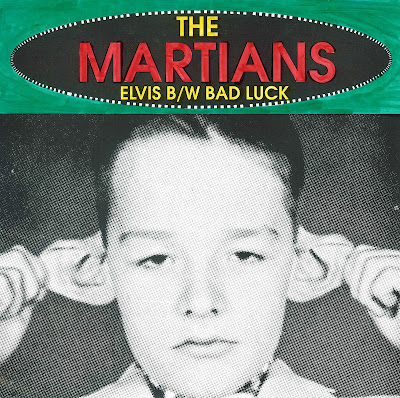 I have broken the recordings into two parts based on who was playing drums in the band at the time – part one consists of all the songs recorded while Jerry Fuchs was the drummer, part two contains all of the songs recorded with Kyle Spence on drums (i.e. early Martians vs. late Martians). Henry Owings has also sent me 10 (TEN!) live Martians shows, which I have included here.

Except for Jerry, I didn’t know any of the guys in the Martians at all, so my perspective and history of the band will be incomplete and more or less wrong in several spots. Hopefully some of you can comment and fill in some of the gaps/corrections. It all started in 1991-1992 when East Cobb resident (and employee of the Merchant's Walk Chuck E. Cheese) Jerry Fuchs got together with Keith and Hugh to form The Martians. They recorded a 10 song demo tape and a 2 song single in Jon Colquitt's basement, that were subsequently put out by Self Rising Records in Athens. They soon after officially became an Athens band, and I can remember the posters for the Elvis/Bad Luck single posted all around town during the Fall of 1993. I saw them open for Polvo at the Atomic Music Hall, and several other shows as well. In 1994, after the release of the Re-Fuel compilation and a split 7" with Harvey Milk, Jerry left the band and moved to New York to play in Vineland with John Fine from Bitch Magnet.

He was immediately replaced by Kyle Spence, who had just left Fiddlehead and I believe their first official show as The Martians with Kyle on drums (or at least the first one I saw) was opening for Rodan at the 40 Watt Club in July of 1994. However, Henry mentioned (and has provided the recording of) a secret show they did before the Rodan show under the name "Polyestrogen", so I guess that was their first official show post-Jerry. As a drummer, I am personally more a fan of Jerry's syncopated style, but Kyle brought a heaviness to the band (although still postpunk and nothing like the heaviness that would come later), and recorded their best songs with him at the kit. With Kyle they went into the studio and recorded/released 4 songs on two singles that were put out by Chunklet, Reservation and Lunchbox records. This always confused me, as Steve Wishart was putting out records under the Lunchbox name by then, but had nothing to do with these singles. Doug Ahern was involved in these records, however, and he was an initial participant in the Lunchbox label during The View era.

In January of 1995, they made the trip to Chicago and recorded a full length with Steve Albini in hopes of securing a spot on Touch and Go, but it never came to fruition and the album instead appeared on Allied Recordings. I actually never saw this album in a record store in Atlanta, I bought it in the used bin at Lou's Records in San Diego and had to look at the inside cover to make sure it was the same Martians from Athens. It must have been one of the last Allied releases, as they folded as a label soon after this. In the Spring of 1995, they started slowing down their songs and getting heavier, which segued Kyle Spence into Harvey Milk and the disolution of The Martians. Kyle played in Harvey Milk for several years, then joined The Tom Collins with David Barbe and launched his professional drummer career from there. Jerry Fuchs played in Vineland for a bit, then started Turing Machine with the guys in Pitchblende, and later joined Maserati and !!!, among other projects. Keith the bassplayer was one of the owners of Jittery Joe's in Athens, but I remember him selling off his portion and opening a coffee shop on Prince, but I believe that was short lived. I am not sure of the disposition of Hugh the guitarist, but Henry tells me he lives in Decatur somewhere, hopefully playing one of his great patented overdriven scratchy guitar lines.

Update: Michael Keenan (Hawks, Airoes, Wheeljack, Mascara Aesthetic, Electrosleep International) had some information to share from their early days in Cobb County - I met these guys back in the Somber reptile days when my first band Monster Box was just starting out (we recorded our first demo in Keith's base parents basement). the tape that you posted has a funny story behind it. Hugh and Keith thought it would be fun to make a tape and let their friends pick the sounds for the first 7in. jerry and I printed these 7in's in my freshman graphic design class. God just seeing it again makes me remember playing with these fools in Atlanta, Athens and Savannah way back when. Damn they were so fucking great. There's a VHS of them playing at the Walton high School Prep rally. I'll have to ask my friend Tom (who was in Bughummer) if he can dig it up and code it for you. So great to listen to these songs they were such a huge influence on me growing up.

Here is the rest of the artwork from the "Elvis/Bad Luck" single - they were really into amputation artwork at the time: 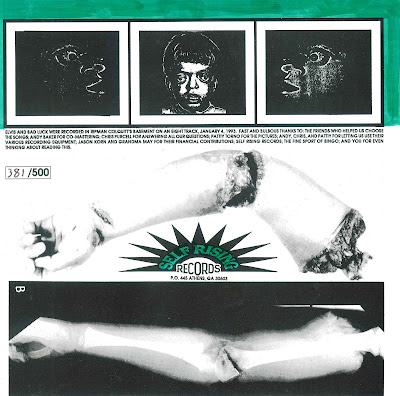 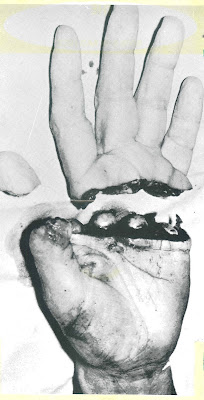 Here is the artwork from the demo tape - thanks Kip! 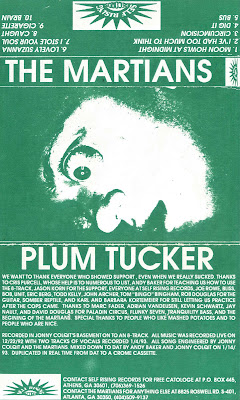 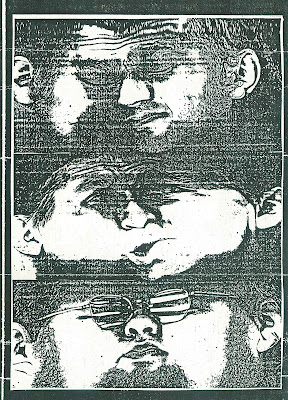 Here is their band page in the Re-Fuel compilation: 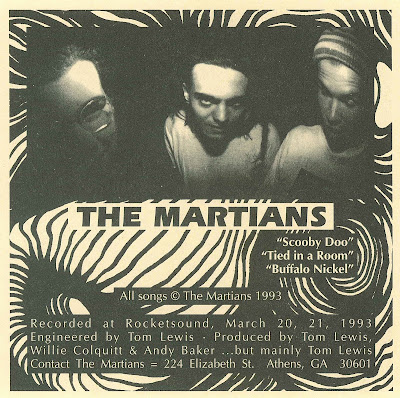 Here is the artwork from the Chunklet/Reservation/Lunchbox singles: 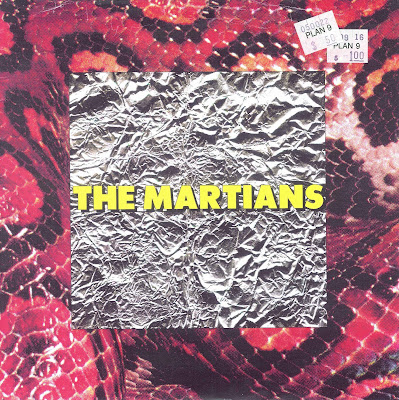 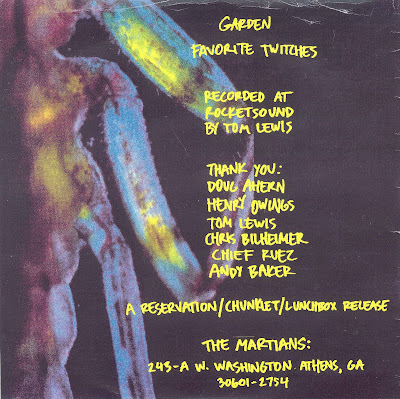 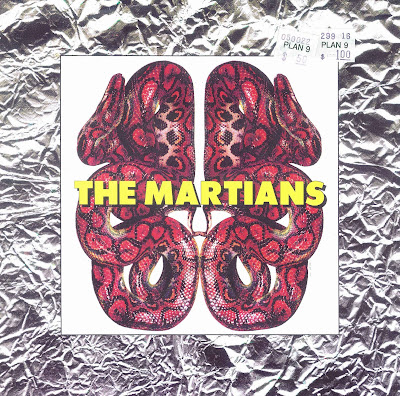 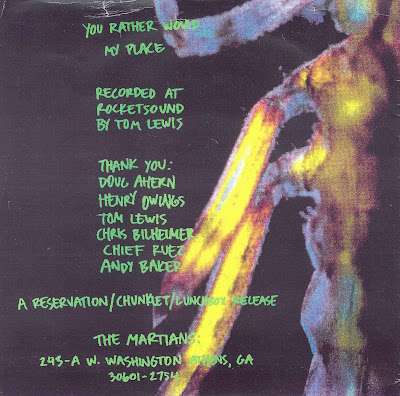 Here is the artwork from the "Low Budget Stunt King" album: 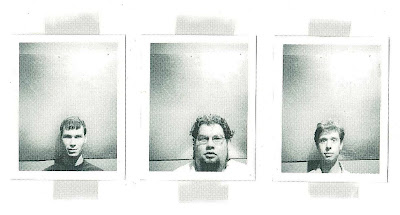