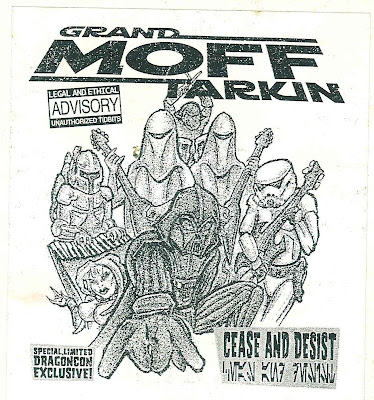 Here is the download: Grand Moff Tarkin - Cease and Desist

Atlanta owes a world of debt to Jim Stacy for making our town interesting. From all the bands he has played in (Greasepaint, Big Top, Yule Log, The LaBrea Stompers, I'm missing about thirty others), his previous ownership of the Star Bar, his patronage and involvement in many local cultural events (several at the Starlight Six Drive-In), and his more recent management of the Starlight Six and TV appearances, the guy has milked this town for all its worth. I'm always perplexed by people that dump on Atlanta as a bottom-tier town with nothing happening, and then you get guys like Jim Stacy working his ass off to create something interesting and entertain everyone along for the ride.

I am not the guy that could do a comprehensive post on Jim Stacy justice, but I will share one of his musical projects from the late 90's, Grand Moff Tarkin. If you are going to be a heavy bar-rock Star Wars themed band, you need to go all out. They did just that, with Jim Stacy on lead vocals as Darth Vader (which worked perfectly due to his stature/frame/body type), Royal Imperial Guardsmen and Stormtroopers on the strings, Boba Fett on the keys, and a Death Star Gunner on drums, of course with all other supporting characters participating in various roles throughout their live sets. Just check out some of the live photos taken by Frederick from degeneratepress.com: 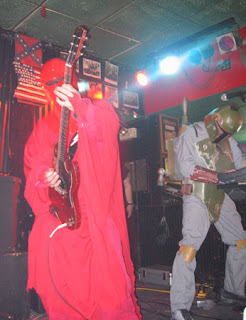 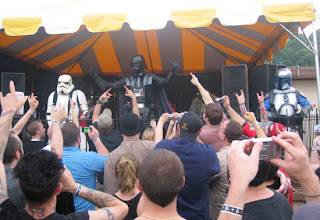 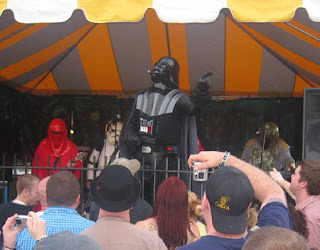 They were kings of the Dragon Con/novelty rock circuit, but got out before the joke wore off. I never got to see them live, as I was lurking down towards the East Atlanta side of things around this time, but the show reviews from Degeneratepress sound like it was a blast. Jim Stacy has been involved in many other bands and musical projects since then, and I would highly recommend attending one of his performances whenever the opportunity presents itself.

By they way, I borrowed this CD from the Album 88 Georgia Music Show archives, so I want to thank Adam Bomb once again for allowing me to raid the stash. 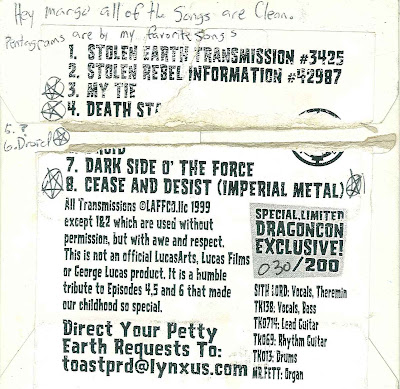